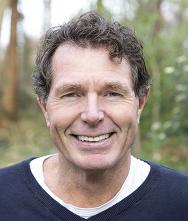 Onno van de Stolpe founded Galapagos in 1999 and has served as Chief Executive Officer and a member of the board of directors from 1999 to the present. From 1998 to 1999, he was the Managing Director of Genomics at IntroGene BV (later Crucell NV, which was acquired by Johnson & Johnson Services, Inc. in 2011). Prior to joining IntroGene in 1998, he was Managing Director of Molecular Probes Europe BV. He established the European headquarters after joining Molecular Probes, Inc. in the United States. Previously, he worked for The Netherlands Foreign Investment Agency in California, where he was responsible for recruiting biotechnology and medical device companies to locate in the Netherlands. Mr. Van de Stolpe started his career as Manager of Business Development at MOGEN International NV in Leiden. He received an MSc degree from Wageningen University. Mr. Van de Stolpe has previously served as a member of the board of directors of DCPrime BV and as a member of the supervisory board of the Stichting Institute for Human Organ and Disease Model Technologies.