HYB-BKV is an innovative RNA-based drug that is designed to specifically inhibit BK virus replication and thereby prevent the clinical issues that patients might endure: hemorrhagic cystitis & severe morbidity (HSCT) and nephropathy & graft loss (KT). HYB-BKV is now in the pre-clinical phase. 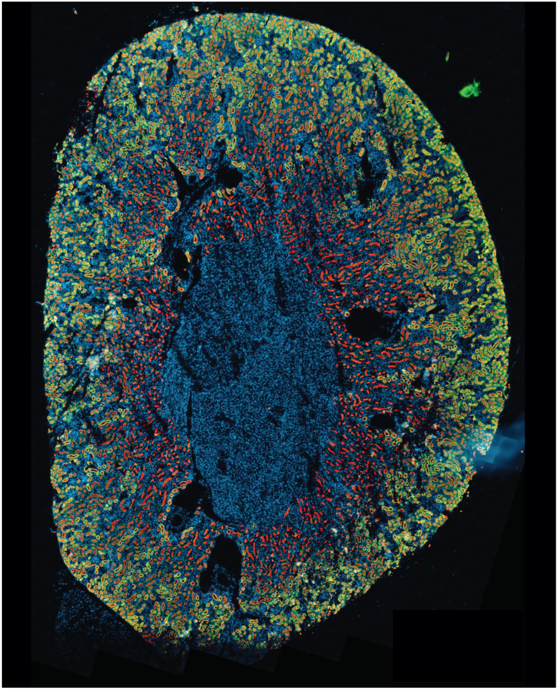 Allogeneic HSCT (allo-HSCT) is of primary interest due to the profound immunosuppression that patients must undergo.  In 2018, ~18,000 patients underwent allo-HSCT in Europe (growth ~4%) with another ~9,000 patients in the US (growth ~3%). Allo-HSCT requires profound and sustained T-cell depletion by pharmacological agents (e.g. alemtuzumab or ATG) over the first 100 days post HSCT to avoid acute graft versus host disease and associated graft loss. Since immunosuppression after allo-HSCT results in BKV reactivation in up to 50% of adult recipients and clinical disease in up to 25%, BKV has become a prominent cause of clinical viral disease after allo-HSCT.

Most cases of BKV reactivation are within a few weeks of transplant, with risks highest over the first 100 days post HSCT where immunosuppression remains high.  BKV infection of the bladder epithelium can result in hemorrhagic cystitis (HC) in approximately 15-25% of patients. HC is extremely painful and some patients need to be sedated.  Severe cases lead to blood clots which need to be surgically removed and cases of perforated bladder have been reported. There is a high unmet need for anti-viral BKV treatment to prevent HC in HSCT patients.

Annually, ~100,000 kidney patients worldwide receive a kidney transplant. To minimize the risk of (acute) rejection of the donor kidney by the recipient’s immune system, immunosuppressive therapy is essential. Unfortunately, repression of the immune system frequently leads to reactivation of latent BKV in the transplanted kidney causing a wide range of clinical issues.

In ~35-40% of KT patients high-levels of BKV are detected in urine (BK viruria) and in ~15-20% blood (known as BK viremia). This oftentimes requires doctors to reduce the levels of immunosuppression in efforts to reduce BKV levels. This can take weeks to months and detrimentally impact kidney function and graft lifespan. In an estimated 5-10% of cases this can lead to nephropathy and even in ~4% of the patients BKV triggers premature graft loss, acute rejection or early death.

Our RNA-based therapy consisting of antisense oligonucleotides (ASO) specifically targets the BK virus itself. The ASO treatment prevents BKV genome replication, virus production and reinfection (of neighbouring cells). This patented technology aims to reduce local and distal BKV spread and prevents the clinical issues associated with BKV. The ASOs are small and have a long lifespan, can be administered intravenously and home to the kidney and bladder naturally.